During the months of December and January, I've made a conscious effort to avoid social media in order to focus on pursuits more tangible.  While writing has taken a back burner, I've learned how to do a few new things.

For the past twenty-six days, I participated in a calligraphy challenge.  I purchased a worksheet set from The Postman's Knock, a calligraphy blog, and set about practicing a letter a day for this particular alphabet.  I used an oblique holder, Japanese sumi ink, and 24 pound paper and was quite pleasantly surprised with how much difference using the right tools can make.  In the past, I'd been frustrated about bleeding ink, especially, and now I can see that I wasn't using the right ink or paper.  I've pretty much used up a pad of practice paper I bought at the local art store. 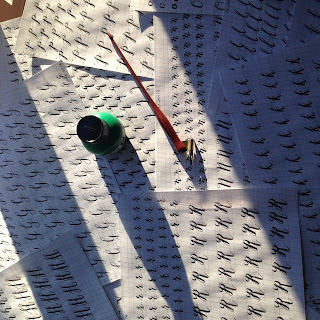 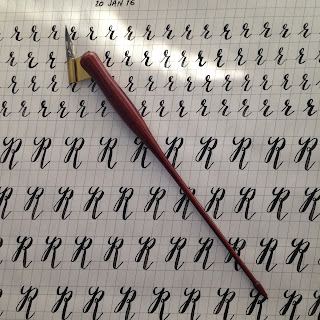 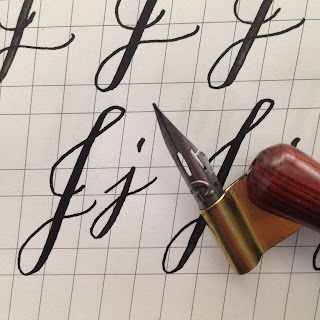 For Christmas gifts, I was able to make some baskets from cotton rope using the zigzag stitch on my sewing machine.  Really quick and easy.

At some point in December, I first heard of Japanese-style shibori, a dyeing process similar in some ways to tie-dye and yet also very different.  I purchased a set of 100% cotton napkins and set about creating different designs.  Some used stitching as dye-resist.  Others were folded or wrapped in certain ways, using large PVC pipe, marbles, rubber bands, string, or wood.  Each weekend I prepared a couple napkins for the dyeing process, over the course of the last six weeks or so.  This past weekend we finally had a warm day with little else going on, and so I created a vat of indigo dye and spent the majority of the day dyeing.  It was messy and fun and really fascinating to see the end results.  I have a large tablecloth that I plan on using some of the same techniques to dye at some point in the future.  I also dyed some of the remaining rope baskets that I'd made in December and all the rope that was leftover.

Indigo dyeing has a pretty high wow-factor.  The vat of dye is actually a greenish-yellow.  When white items are submerged and then removed from the dye bath, they are bright green.  Upon oxidation, they turn blue.  You can dye again for a darker blue color once the oxidation has occurred if you desire.

I took some photos along the way, before, during, and after: 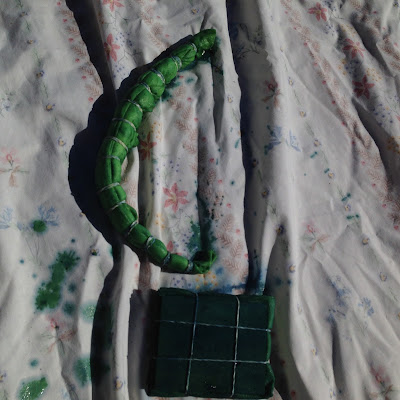 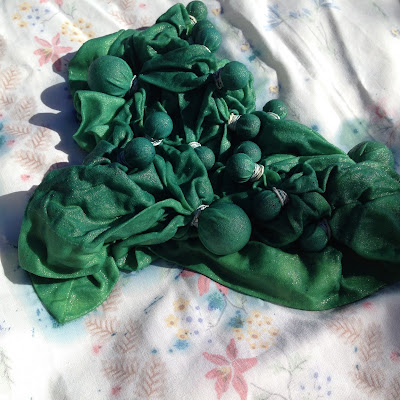 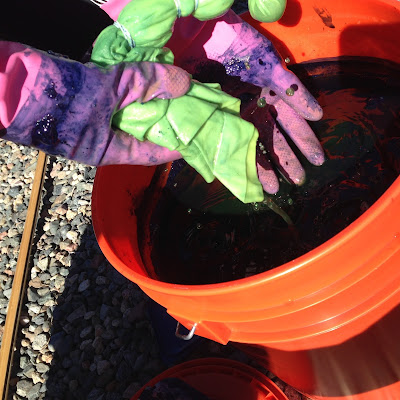 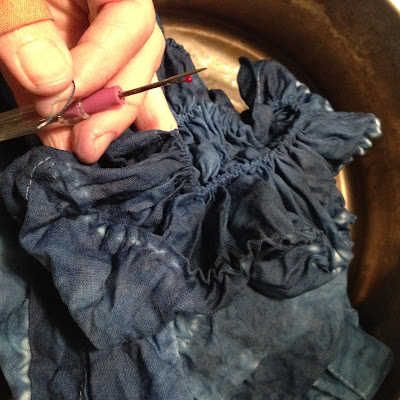 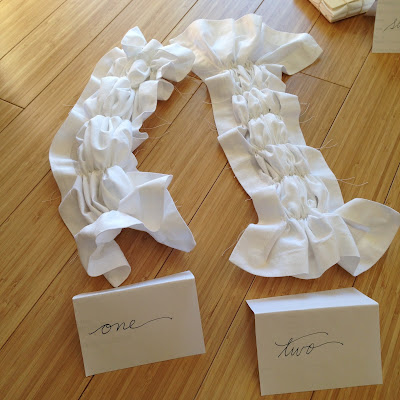 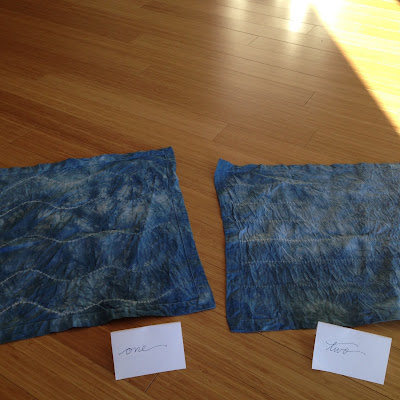 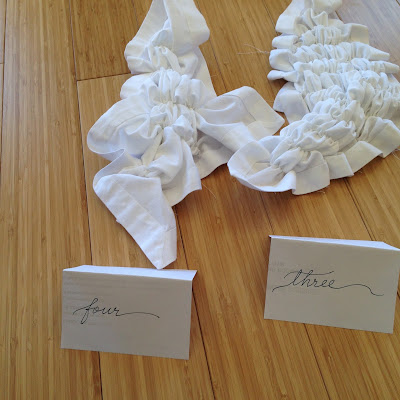 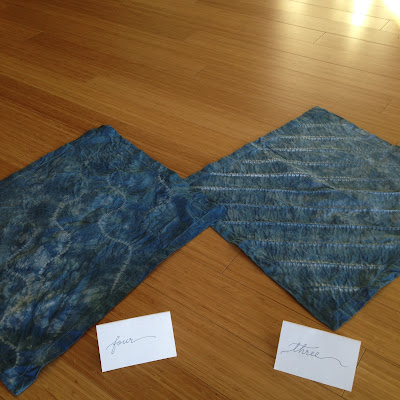 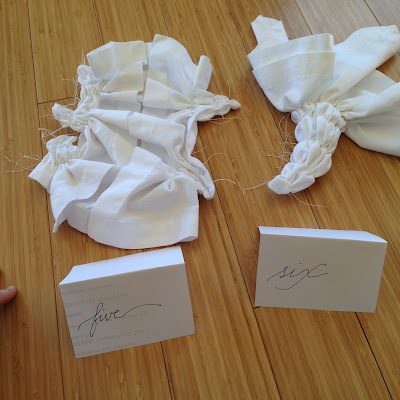 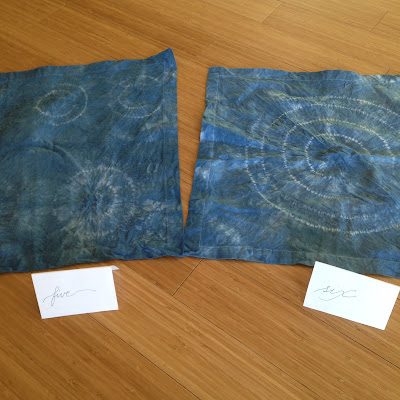 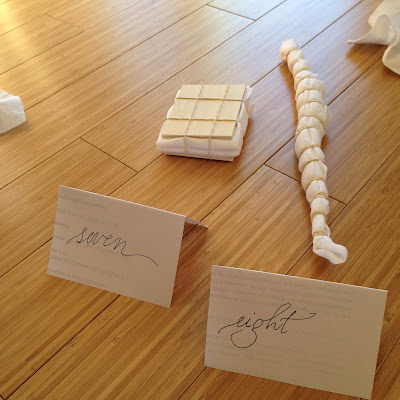 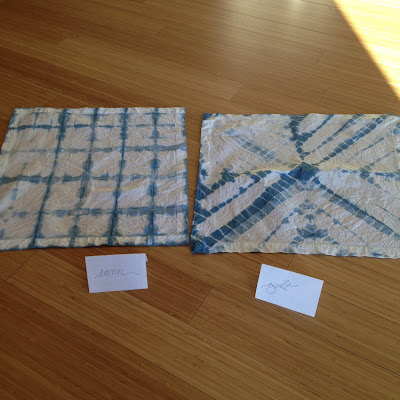 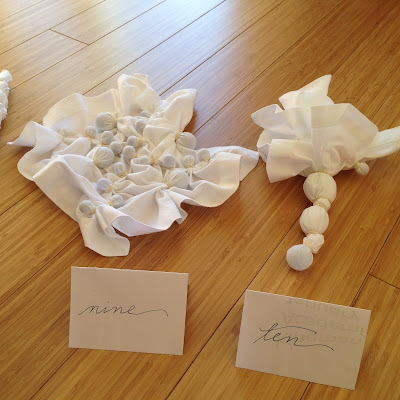 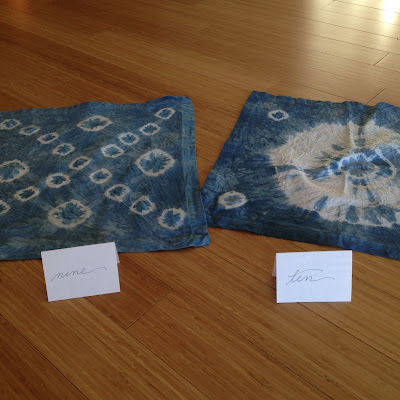 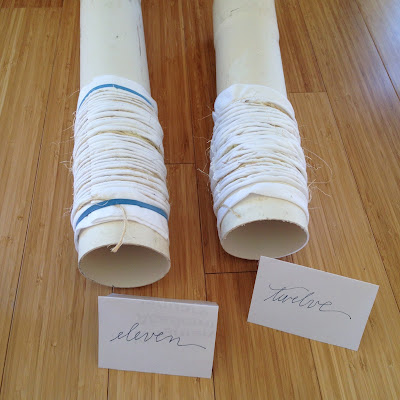 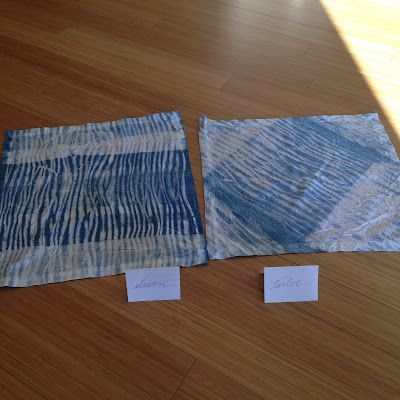 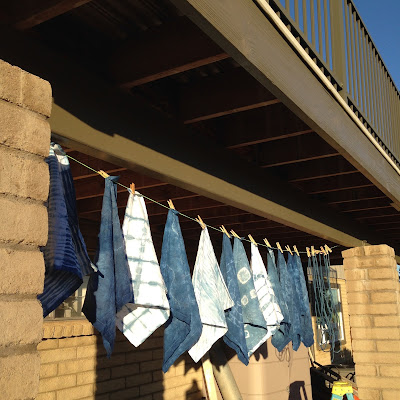 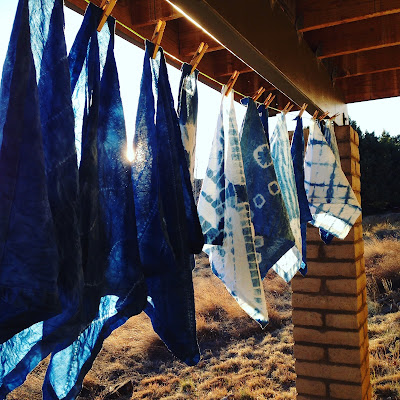 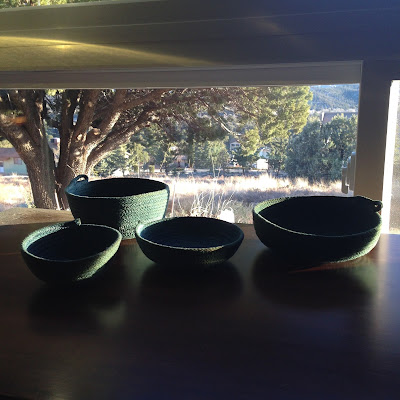 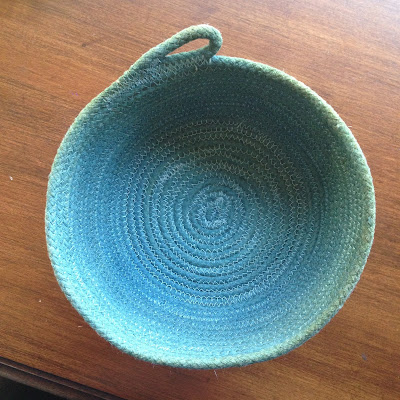 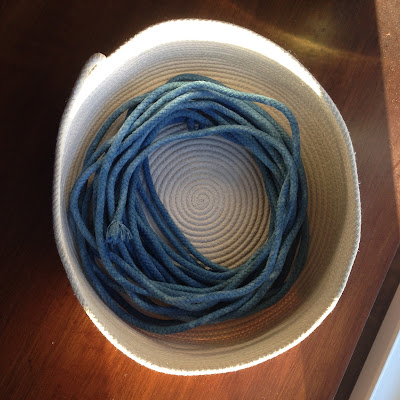 2016 will also be a year spent with our honeybees.  There's a new hive box in the basement waiting for a warm enough day to paint it and I ordered a colony of bees that will arrive sometime in April.  Our current colony is so far holding its own this winter.  If they can survive another month I'll feel pretty confident that they'll make it to summer.  Fingers crossed.

What creative pursuits has 2016 brought to you?


Posted by Cathleen Cherry at 7:40 PM No comments: