I can live for two months on a good compliment. - Mark Twain


This morning I received a huge compliment, one that might get me more than two months' worth.  Chez Cerise has been nominated for a Liebster!  (Yay!  Woot woot!  Wait.... what?  Did she say 'lobster'?) 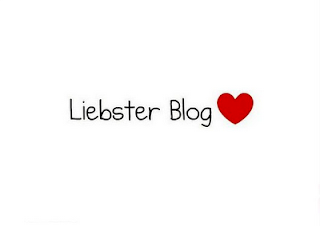 A Liebster is an award bestowed upon a small blog (read: fewer than 200 followers) by a fellow blogger.  And my friend and former student, Savannah, who is an all-around good egg, smarter than the dickens, incredibly talented, and one of the most sincere and genuine people I have had the good privilege to know, chose this space and place as one of her faves.  (Be sure to check out her blog, Untethered as a Cloud, which now includes dispatches from Paris.)  And before I begin gushing like Ms. Fields, I am delighted to share with you Chez Cerise's very first interview:

The Creek Drank the Cradle, Iron & Wine or Lay It Down, Cowboy Junkies

Check to see if my daughters’ covers have fallen off their beds, and if needed, tuck them back in so they can snuggle until it’s time to get up.

Too many to mention without leaving out something significant, but James Baldwin’s short story “Sonny’s Blues” saved my life in a way during a very dark time and helped me remember what a good story does.  If I had to choose a novel, it would be Animal Dreams by Barbara Kingsolver, which redefines home and family in a beautiful way.


I’ve never been a comics reader, but as a young adult I appreciated the Far Side.  I watched        probably way too much Tom & Jerry as a kid.

Definitely Saturday.  The perfect Saturday includes much of the following:  la grasse matinée, no work, much play, time outdoors, reading a good book and/or watching a good movie, some good food with a choice of adult beverage(s), and staying up past bedtime.  And knowing there’s still the half a weekend of potential when I go to bed.


If I could be a city, I would want to be San Francisco:  sophisticated, multilingual, and a little out there.

This is probably the toughest question I’ve ever been asked, to only choose one, but I’d have to go with the classic answer of Atticus Finch:  a rare man who does the right thing, even though it’s the hardest thing in the world to do.


I suppose I thought I had something to say, but I couldn’t seem to find the time to write (full-    time job, full-time family, hmmm, why no time?), so it was a way for me to impose arbitrary deadlines upon myself.  I seem to have a few fans, and every now and then I even actually piss someone off with my ideas.  The most gratifying thing about writing a blog is when, in the midst of writing something, I finally figure out what the hell it is I have been trying to say.


My last birthday was spent among friends from a previous lifetime, at my 25th high school reunion.  Make the most of your time here - it goes by more quickly than you think.
Posted by Cathleen Cherry at 8:50 PM

Email ThisBlogThis!Share to TwitterShare to FacebookShare to Pinterest
Labels: interview, Liebster Award, Untethered as a Cloud