Walls: reflecting on Tiananmen, Paris, Berlin, and the power of words

Twenty-five years ago, I embarked on my first big independent movement, traveling to another continent for study-abroad, just as a pro-democracy movement was being crushed in China.  When I left the United States on May 31st, 1989, I’d been intrigued by the protests and demonstrations going on in Beijing and elsewhere in China.  As I arrived in London for a few days prior to my participation in a summer program in Paris, all eyes were on Tiananmen Square and the impending crackdown on the protestors.  I was perplexed, though, that all the news in London was focused on a city called Peking.  I gradually realized that Peking was the British Imperialist name for Beijing.  It was the first of many realizations that summer on the naming of things, as well as the similarities that bridge our gaps and the differences that divide us.

By the time I reached Paris, on June 3, the Chinese military was destroying the democracy movement without mercy.  When I first saw the iconic photograph of the lone man standing defiantly before the line of tanks in Tiananmen Square, it was on the front page of a French newspaper at a kiosk near my Métro stop in southern Paris.  The headlines and news reports were largely unintelligible to me on my first days in Paris.  My French was not yet proficient and I felt so removed, not only from my home in Arizona, but from these fellow college students half a world away in China.  I don’t think I’ve ever felt as isolated as I did those early days as I wondered what was happening to them and their dreams.  It seemed so unjust that just as I was fulfilling one of my lifelong dreams that theirs were being mowed down.

What is difficult for me to remain cognizant of is that back then, in 1989, the Soviet Union still existed and Europe was still divided.  My arrival in Paris was only two years after Ronald Reagan’s famous speech at the Brandenburg Gate when he implored Mikhail Gorbachev to “tear down this wall.”  After our program in Paris was done, I traveled for a while in Italy and West Germany with a friend.  We briefly considered a trip to Berlin, but the idea of traveling through East Germany – what we’d been brought up to believe was enemy territory – terrified us.  We opted for the biergartens of München instead.

Today, this is a small regret of mine.  I could have gone to Berlin and seen the Wall – I would have arrived just months before the Wall came down and Germany was reunited, but of course I did not know that at the time.  The Wall is a relic which now exists only in small pieces, scattered across the globe.  I happened upon a slab from the Berlin Wall in the underground Montréal RÉSO in 2011, on display between a handbag shop and a café.  How ironic, I thought, that this barrier against capitalism was encased in museum glass in that most capitalist of places, a North American shopping mall.  Seeing an artifact of history on display is a far cry from experiencing what life was like for the everyday people who lived it, though. 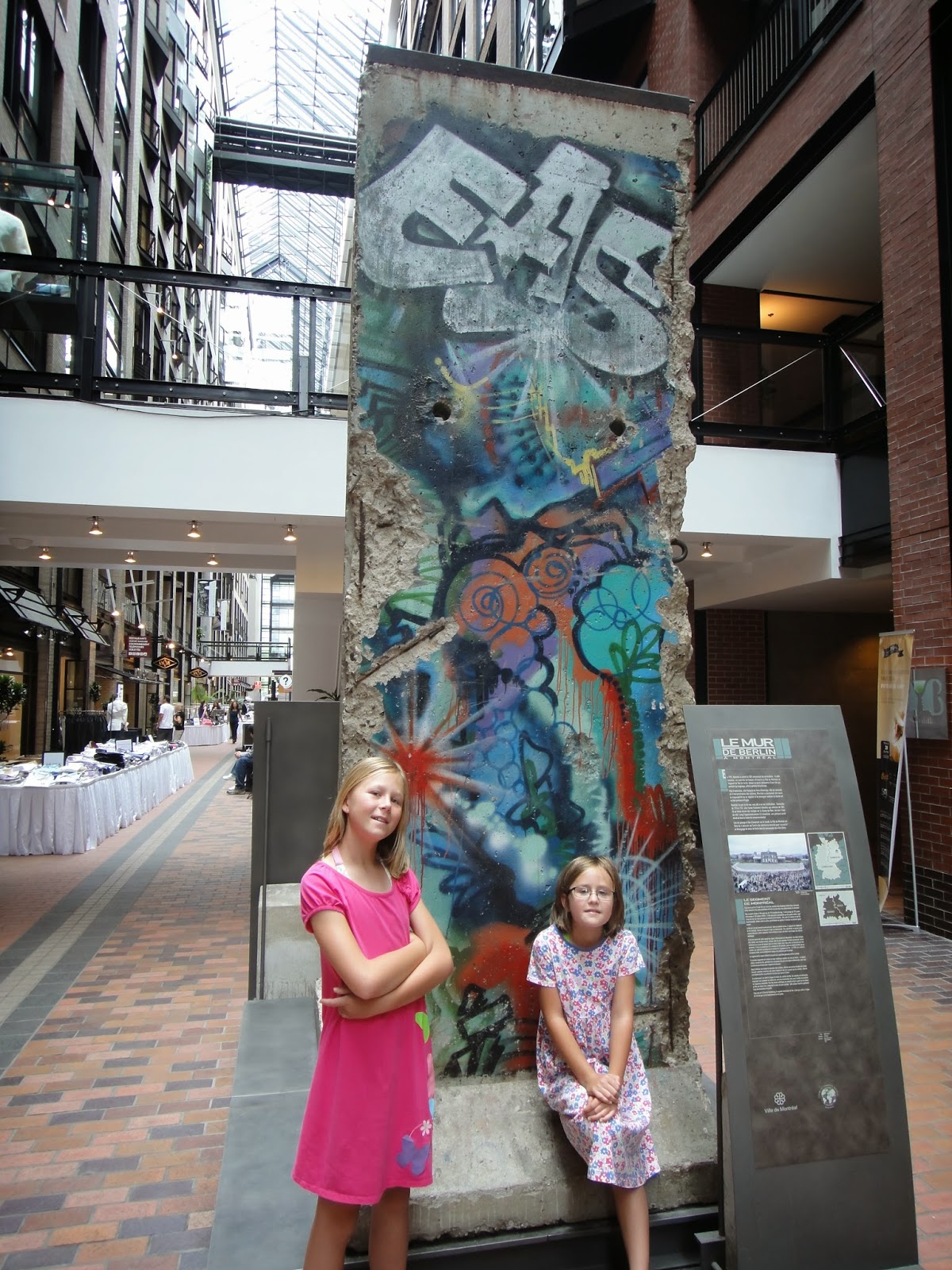 As I reflect upon the courage of those students in 1989 Beijing, there’s nothing funny or ironic.  Those protestors who survived would be my age or older today.  What repercussions did they and their families suffer?  This week I came across an essay by Da Chen, who grew up in China during the 1970s.  In his essay, about the book that changed his life, he described how no reading material was available in his village unless written by Mao Zedong himself.  He and his friends were so hungry for books that when a pay lending library opened up in the village, he and his friends stole recyclables – what we Americans consider garbage –  to resell in order to have money.  The library patrons would pay approximately one penny to sit in the library and read what they could.  The next day they’d have to pay again to continue to read.  The book he couldn’t get enough of was The Count of Monte Cristo, and in fact, he and his friends spent most of their time in the library secretly copying books by hand so they could share them with each other later.  After a brief existence, the library mysteriously went up in flames, its owner barricaded inside.  The owner managed to escape but was arrested for the crime of loaning books.  After reading this essay, I couldn’t look at my piles of books, so casually stacked, so easily discarded.  Da Chen’s story brought me back to Tiananmen and also to the contrast of my life, now and then, to the brave souls there.

They were so like me in some ways, hungry for the same rights I figured I deserved:  to travel, to study, to read, to gather with like-minded people.  I took some of these for granted, and gave the others no second thought.  How many days out of the year do I still take them for granted?  When I look back with some degree of regret on the road not taken to Berlin – because I was scared – I wonder where their courage came from.  The courage to stand in front of a line of tanks and not waver.  The courage to carry the wounded in rickshaws to hospitals while under gunfire.  The courage to care more about something as intangible as liberty than their own personal safety.  I can only wonder how tightly woven are hunger and courage, how many light-years away they are from comfort and apathy, what happens when courage is extinguished as it was so forcefully in 1989, and what form it might take when it returns.

Posted by Cathleen Cherry at 9:40 PM